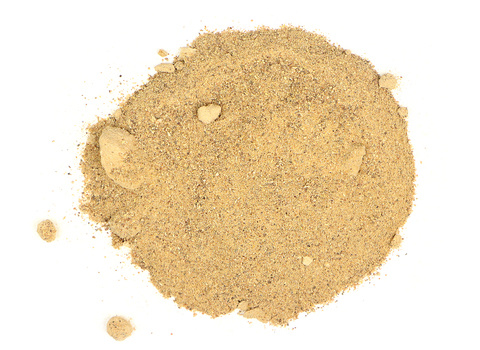 The carob is a tree in the same plant family as beans and peas. Its pods have been used for food for as long as 5,000 years. Carob pods were thought to be the "locust beans" consumed by John the Baptist, hence the name St John's Bread. The Greeks referred to them as the "Egyptian fig" as the tree was first raised in Egypt and Western Asia. It has since adapted to cultivation in the semitropical reaches of the United States, Australia, Latin America and the Mediterranean. The Egyptians used the carob seeds as an adhesive binding during the mummification process. Made popular as a substitute for chocolate, carob powder was once deemed essential to the opera, for saving the voices of performance-weary sopranos. The seeds were also used by the Greeks and Romans as a unit of weight measurement for gold. It has been hypothesized that this is where the term carat is derived from.

The pod powder is usually roasted but can also be consumed raw. Carob is used in the same manner as cocoa powder, and can be sprinkled on food or taken as a tea, extract, or capsule. Raw carob is usually perceived as having a bitter flavor which is lessened significantly by the roasting process. For this reason, the roasted product is more popular for food use.

As a food, carob is most often used as a hypoallergenic substitute for chocolate.

Specific: No known precautions.
General: We recommend that you consult with a qualified healthcare practitioner before using herbal products, particularly if you are pregnant, nursing, or on any medications.