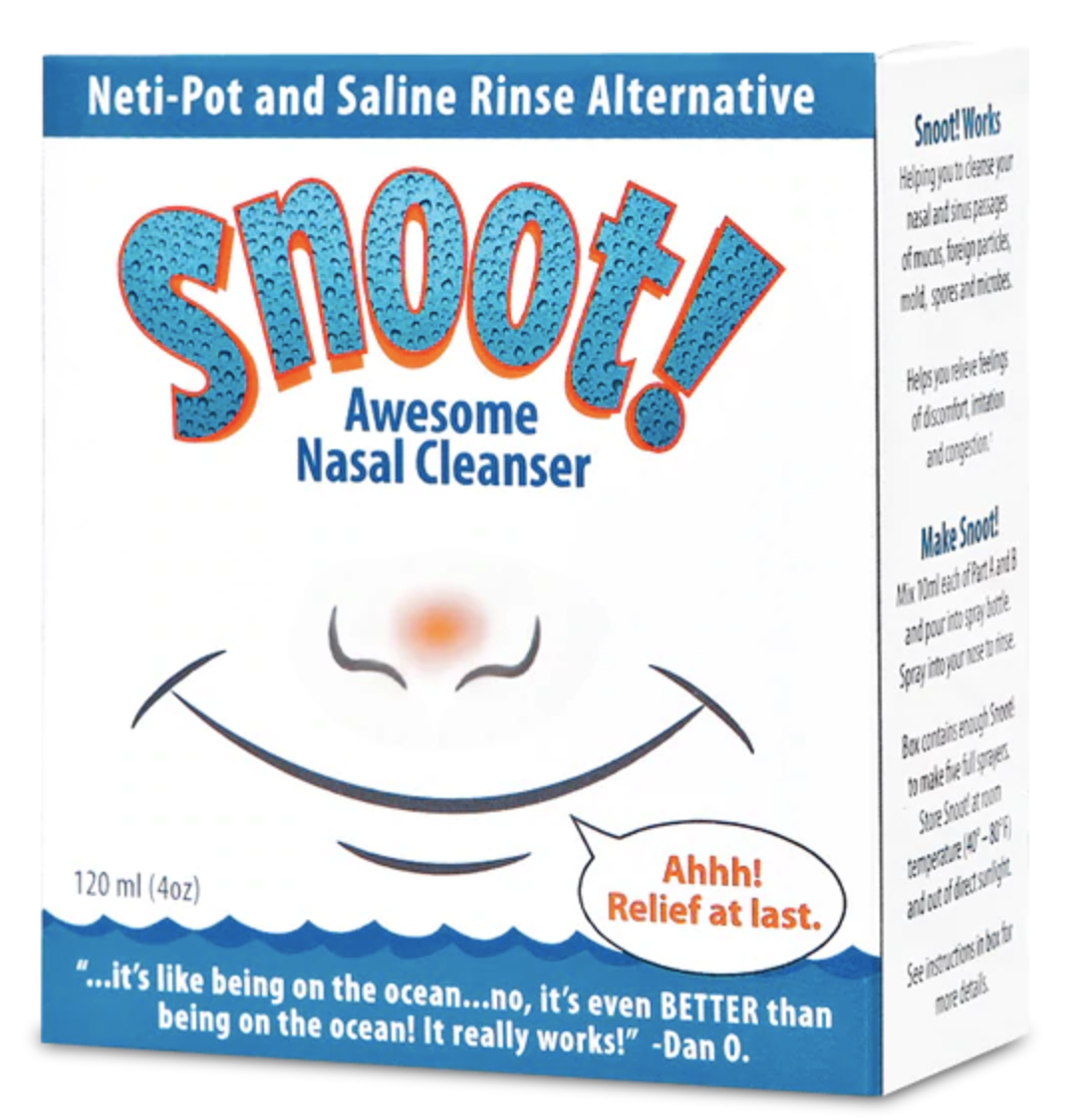 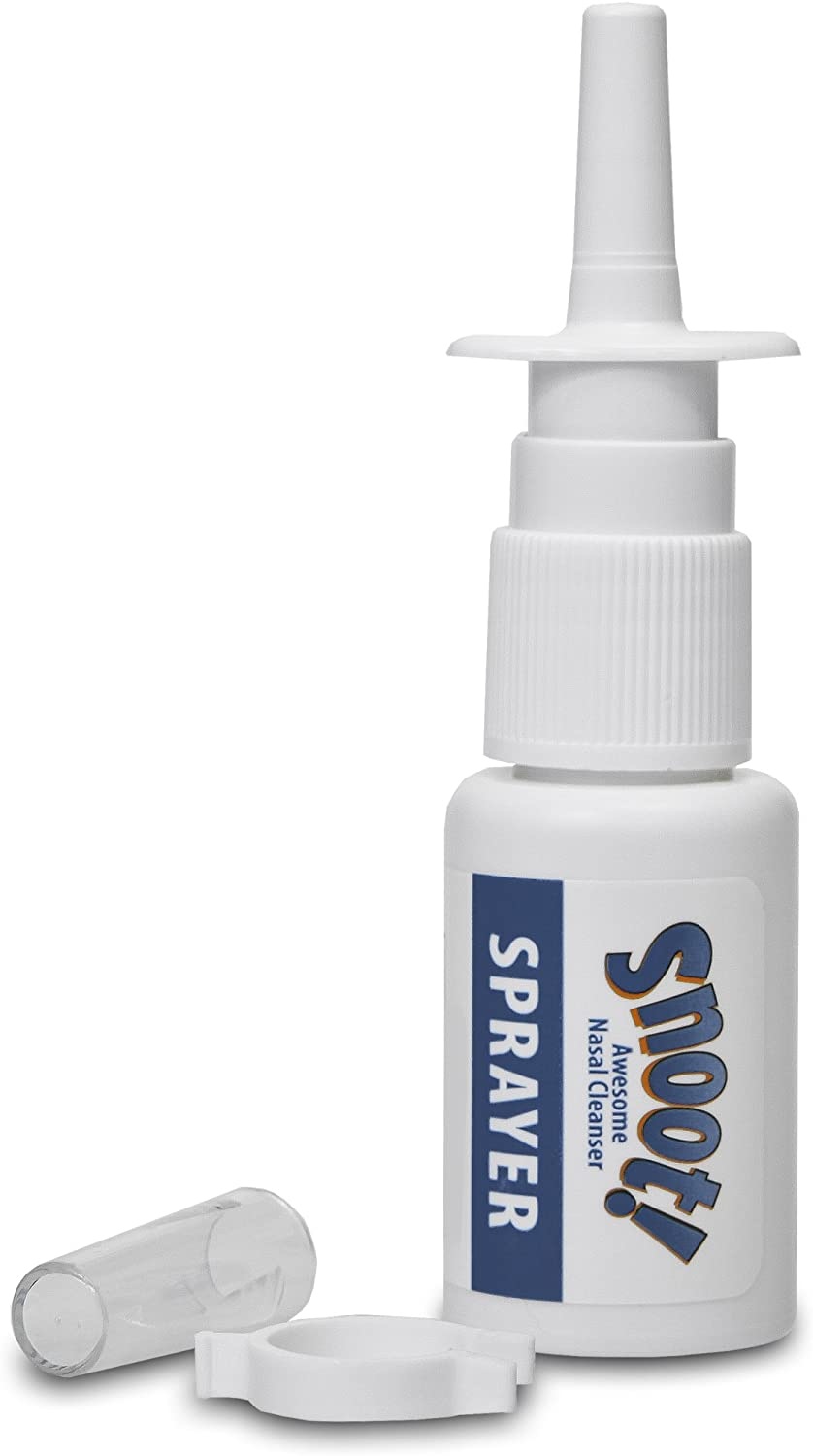 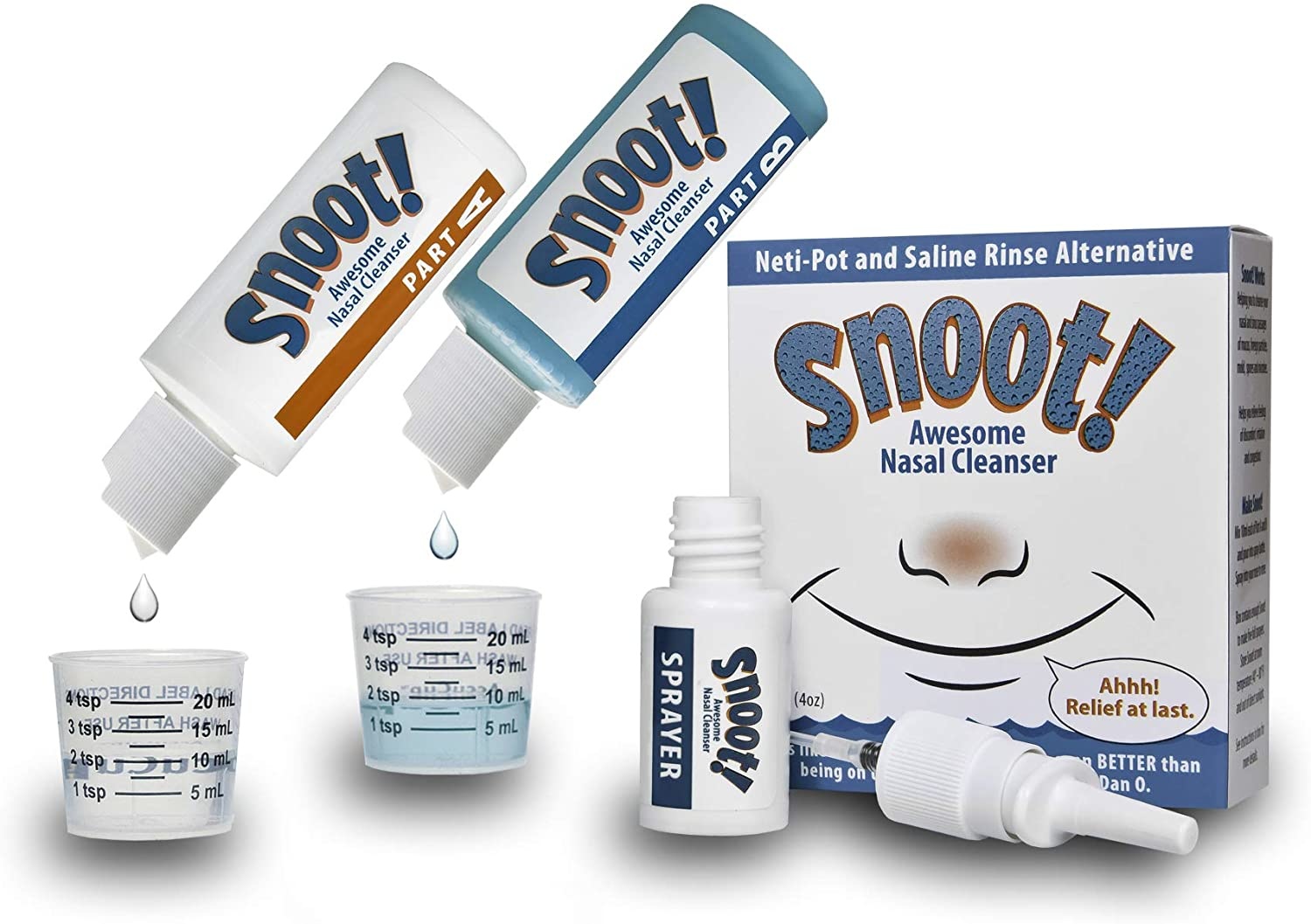 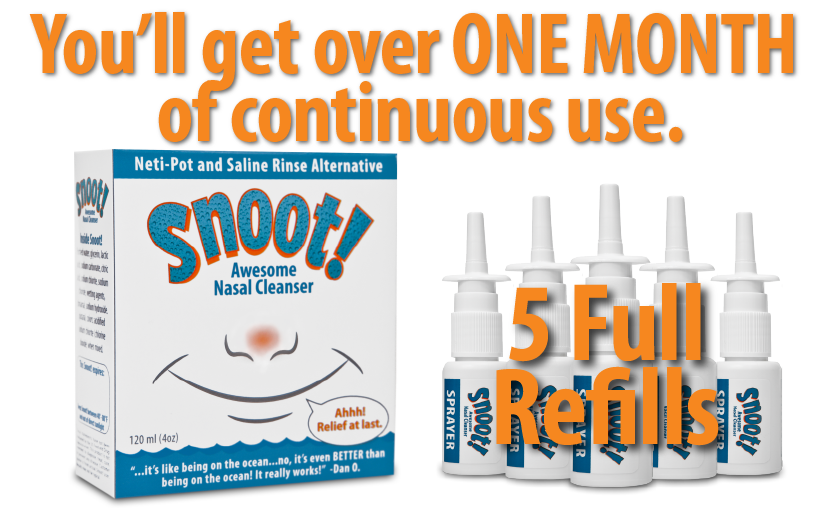 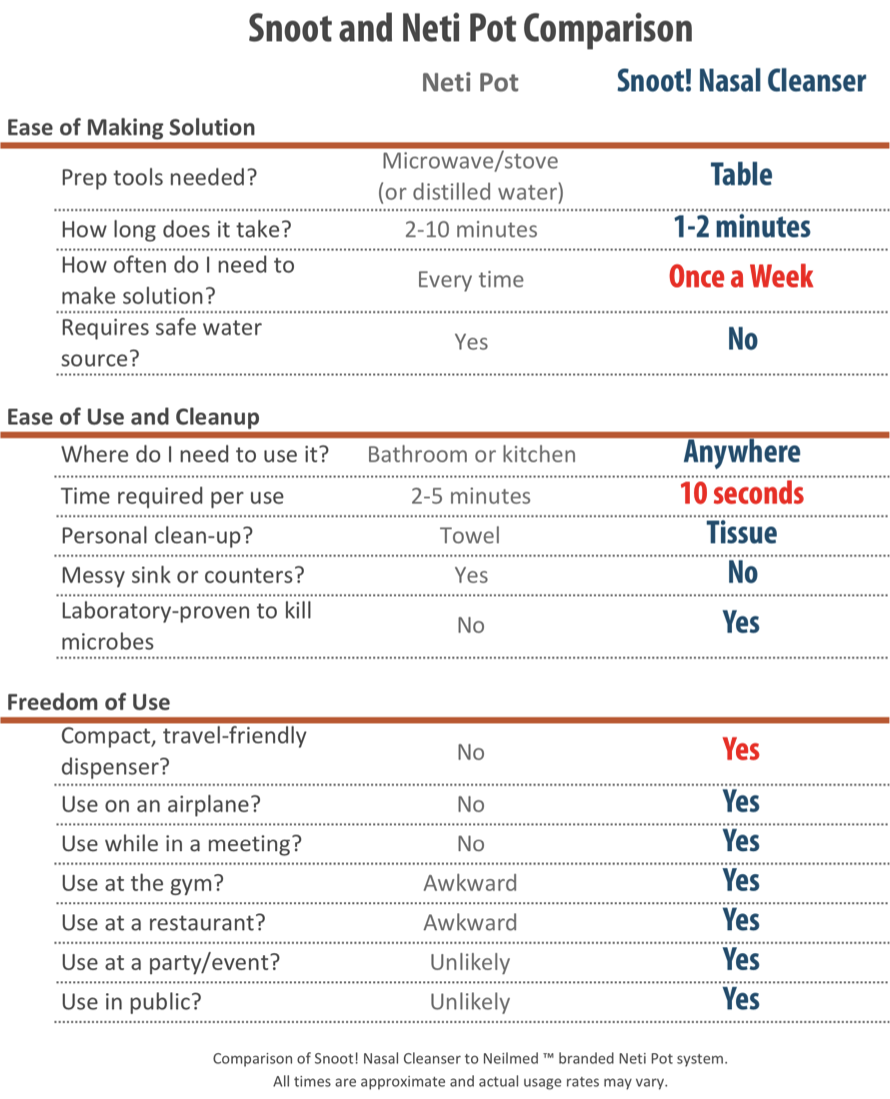 Snoot! is a two-part sinus and nasal cleanser that you mix into a spray bottle. You use it to wash out your nose and sinuses. When first mixed, it acidifies a very small amount of sodium chlorite, which in combination with the other natural ingredients, can be very helpful in rinsing mucus and foreign matter (pollen, mold, dust, inhaled microbes, etc.) out of your nose and sinuses.

Snoot! is a cleanser, not a drug. You can use it several times a day and it does not make you sleepy or interact with any drugs you might otherwise use. Over time, the mixed solution loses its strength. We recommend that you replace the mixed solution whenever it is older than five days.†

Ages 12 - Adult: Use as needed, not to exceed 6 applications per day. Mixed solution should be replaced after 5 days.

Children under 12: Use only under adult supervision and only as directed. Do not apply Snoot! using a vaporizer, nebulizer or aspirator.

Snoot! contains a variation of cinnamon as a key ingredient. Do not buy or use if you are allergic to cinnamon.

Store product at room temperature (40– 90)°F and out of direct sunlight.

Snoot! Cleanser is a non-systemic, drug-free nasal rinse that you spray up your nose to help rinse away mucus, relieving discomfort and irritation from congestion found in conditions such as chronic sinusitis, common cold, allergies and the flu. Snoot! Cleanser does one thing very well -- it helps you get mucus out of your nose and sinuses. People tell us it does this better than just about anything else, finding tremendous relief from just getting their nose and sinuses clear, and that's why they love Snoot!

Snoot! Cleanser comes as a two-part kit (see image) that you mix in batches only when you need it. You mix the two parts and pour them into the nasal spray bottle (included) and then spray it up your nose to wash away mucus and other things that may be up there. Once you mix a batch of Snoot! (there are about five batches per box) and put it in the spray bottle, it lasts about 5-7 days before it loses strength. Snoot’s naturally drug-free formula is mostly purified water with very small amounts of glycerin, lactic acid, sodium carbonate, citric acid, and even smaller amounts of sodium chlorite, sodium chloride, wetting agents, cinnamal, sodium hydroxide, and glutaral. We use the minimum necessary amount of FDA-approved safe FD&C colors to provide for visibility safety -- so people can see which part is A or B. When the two parts are mixed, they generate a very small amount of acidified sodium chlorite, one of the safest antimicrobials known to science.

2. Can children use Snoot! Cleanser?*

Yes, Snoot! can be used safely by children under 12 but we recommend that this be done under adult supervision, especially the mixing of Snoot! Cleanser. Consult your physician regarding using Snoot! with infants or children under 6 years of age.

3. Can I use Snoot! Cleanser instead of a Neti Pot?*

Yes! In fact, Snoot! is a high-tech replacement for the Neti Pot. We actually have a Neti-pot formula in development, but we are having trouble testing it because most of our testers seem to decide they prefer using Snoot! in the spray bottle after all!

4. Can I use Snoot! Cleanser in my Neti Pot, as a Neti Pot solution?*

We have customers that like doing this. If you want to try it, you can mix some Snoot! solution into your Neti Pot water, but we suggest that you follow these directions for optimal success:

5. How long does Snoot! Cleanser last?*

Once you mix a batch of Snoot! (there are about five batches per box) and put it in the spray bottle, it lasts about 5-7 days before it loses strength. That means each box of Snoot! will last a month with frequent use, much longer if you only use it occasionally. Our survey tells us that about half the people who love Snoot! use it once or more per day.

The unmixed solution (part A and B) lasts at least two years from the time you purchase it if kept at room temperature and out of direct sunlight.

6. Will Snoot! Cleanser irritate my nose or sinuses?*

Most people like the way Snoot! Cleanser feels as it helps you rinse away mucus. But some people with very sensitive nasal and sinus tissue feel a stinging sensation similar to when plain water gets in their nose. And they're partly right: Snoot! is mostly water and has low salt (saline) levels...it is hypotonic, which means it has a lower salt level than your body does. That low salinity can also help you clear stuff out of your nose, especially with Snoot! Cleanser's other ingredients.

†These statements have not been evaluated by the Food and Drug Administration. This product is not intended to diagnose, treat, cure, or prevent any disease. 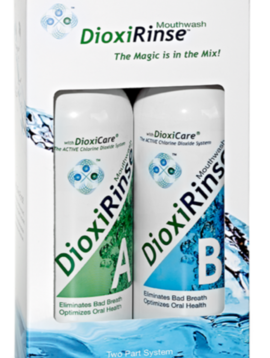 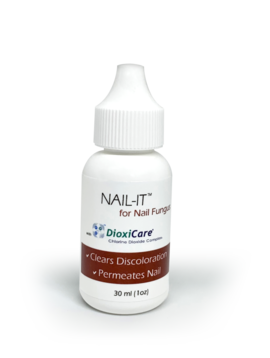