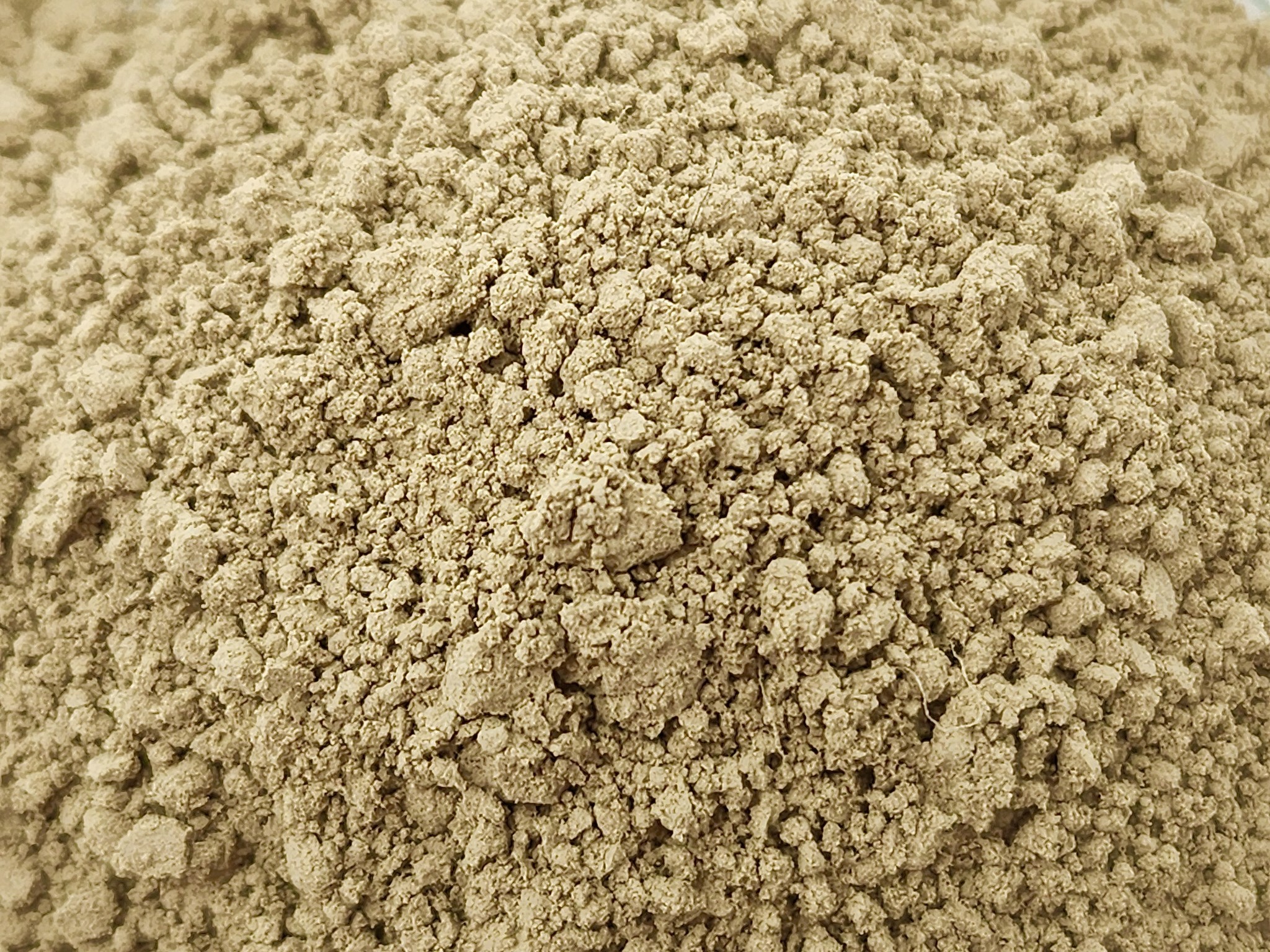 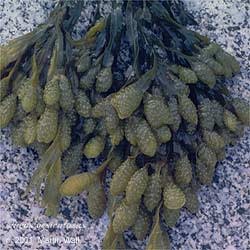 Preparations & Dosage : It may usefully be taken in capsule form as a dietary supplement or as an infusion by pouring a cup of boiling water onto 2-3 teaspoonfuls of the dried herb and leaving it to steep for 10 minutes. This should be drunk 3x's a day.

Bladder wrack, though classified as a brown algae, is light yellow to olive green in color. It consists of thin, leathery, branching fronds with a distinct midrib that reach 2 to 3 feet in length. The plant usually has oval bladders that exist in pairs, though the bladders may be missing in places where the plants are heavily pounded by surf. Bladder wrack is found on the northern coasts of the Atlantic and Pacific oceans, including the Baltic and North seas. It is commonly attached to submerged rocks between the high- and low-tide marks. If you are wildcrafting kelp, for maximum nutritional value collect plants that are still growing in the ocean rather than ones that have washed up on the shore. Avoid collecting kelp from polluted waters.

Bladder wrack has a general softening, draining, and nourishing effect on the body. It also increases the body's rate of metabolism and promotes the cleansing and clearing of toxins, including radioactive strontium 90. Bladder wrack is used in the treatment of anemia, asthma, candida, catarrh, constipation, cough, cysts, edema, fatigue, goiter, heartburn, high cholesterol, hormonal imbalance, hypertension, hypotension, hypothyroidism, lymph node enlargement, nail weakness, obesity, rheumatism, and tumors. Because bladder wrack helps stimulate a sluggish metabolism, it can be helpful as part of a weight-loss program. It also can be used as a breast cancer preventive and to encourage convalescence. Topically, bladder wrack can be used as a compressor oil to ease arthritic joints and bruises or as a bath herb to encourage the breakdown of cellulite or to soothe sore muscles.

Bladder wrack can be eaten raw or cooked. It is rich in minerals and can improve the digestibility of fiber-rich foods, such as beans. It has a salty flavor and can be used as a seasoning.

Bladder wrack is often included in lotions for its skin-softening qualities and in shampoos and hair conditioners for its rich mineral content. The plant also makes a wonderful garden fertilizer.

Avoid bladder wrack in cases of hyperthyroidism or general weakness and coldness. Overuse can produce goiterlike symptoms. Those on a low-sodium diet or using thyroid medication should consult with a qualified health-care professional before using kelp therapeutically.