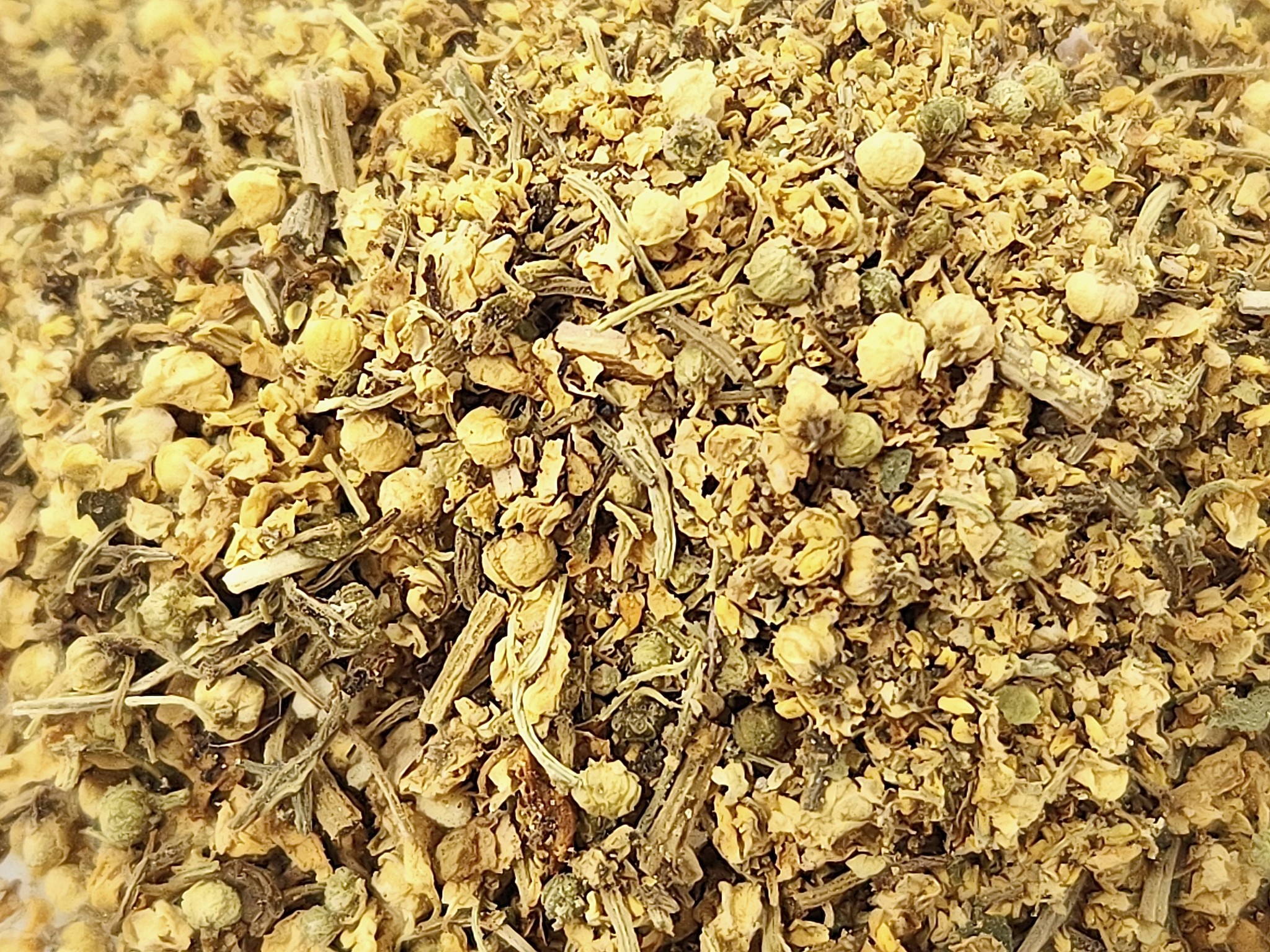 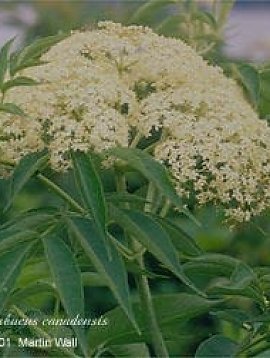 The genus name Sambucus is from the Greek sackbut, the name of a musical instrument made of elder. The species name nigra refers to the black berries of this species, and canadensis means "originating in Canada." The common name elder comes from the Anglo-Saxon aeld, "fire," in reference to the young hollow stems of this shrub having been used to blow into a fire to get it burning.

The berries and flowers of elder are edible. Elder berries are both delicious and healthful; in fact, in the early 1900s hospitals served Elder berry jam because of its high vitamin and mineral content and ability to improve appetite and digestion and promote regular elimination. Today Elder berries are commonly used to make fruit soups, pies, cobblers, jams, ice cream, and syrups. When Elder flowers are used in food, they are referred to as "elder blow." The flowers can simply be added to preparations such as fruit salads, jellies, vinegars, muffins, or punches. Try Elder flower fritters with Elder berry syrup!

Ancient Celts considered Elder a sacred tree, symbolic of birth and death. In many ancient cultures Elder was held to be so sacred that it was neither burned as firewood nor used in woodworking lest it bring bad luck to the household, and it was planted by homes and worn in amulets to encourage prosperity, happy marriage, healthy children, and protection from both lightning and evil forces. The leaves can be bruised and then rubbed on the body or worn in a hat to keep away pestering insects. A tea prepared from the leaves, cooled and strained, can be applied to other plants to prevent aphid infestation. Elder flowers are sometimes used in cosmetic preparations such as skin washes, toners, lotions, and hair rinses.