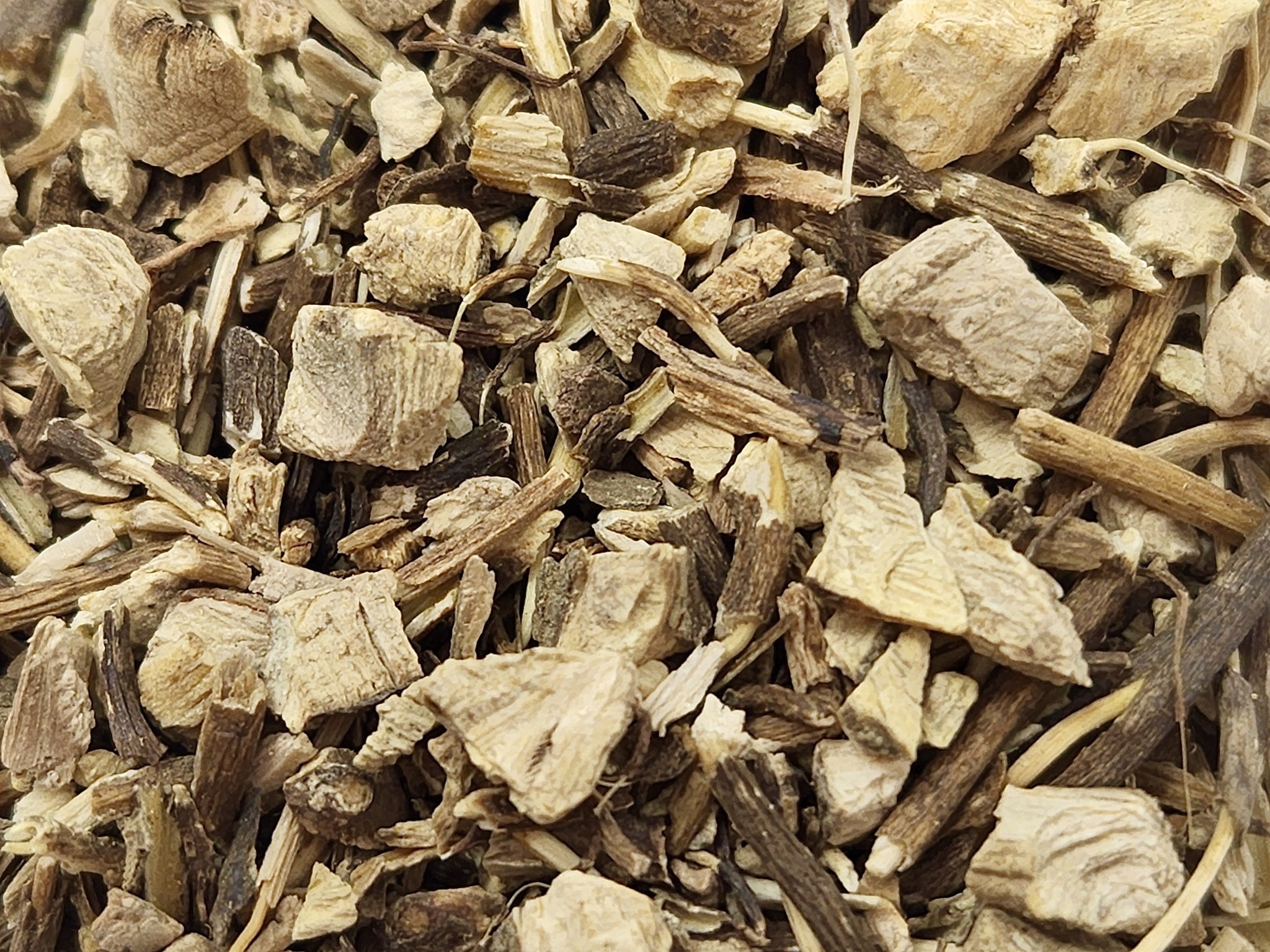 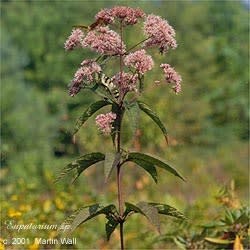 The genus name Eupatorium honors an ancient Persian king, Mithrades Eupator, who was a renowned herbalist. The common name Gravel Root refers to the plant's long history of use in helping the body rid itself of stones. The common names Joe-Pye weed and Jopi weed derive from that of Joe Pye (or Jopi) who, according to folklore, was a Native American medicine man in New England who used the plant to treat Typhus. The common name Queen of the Meadow is a reference to the plant's beautiful and stately purple or pink flowers.