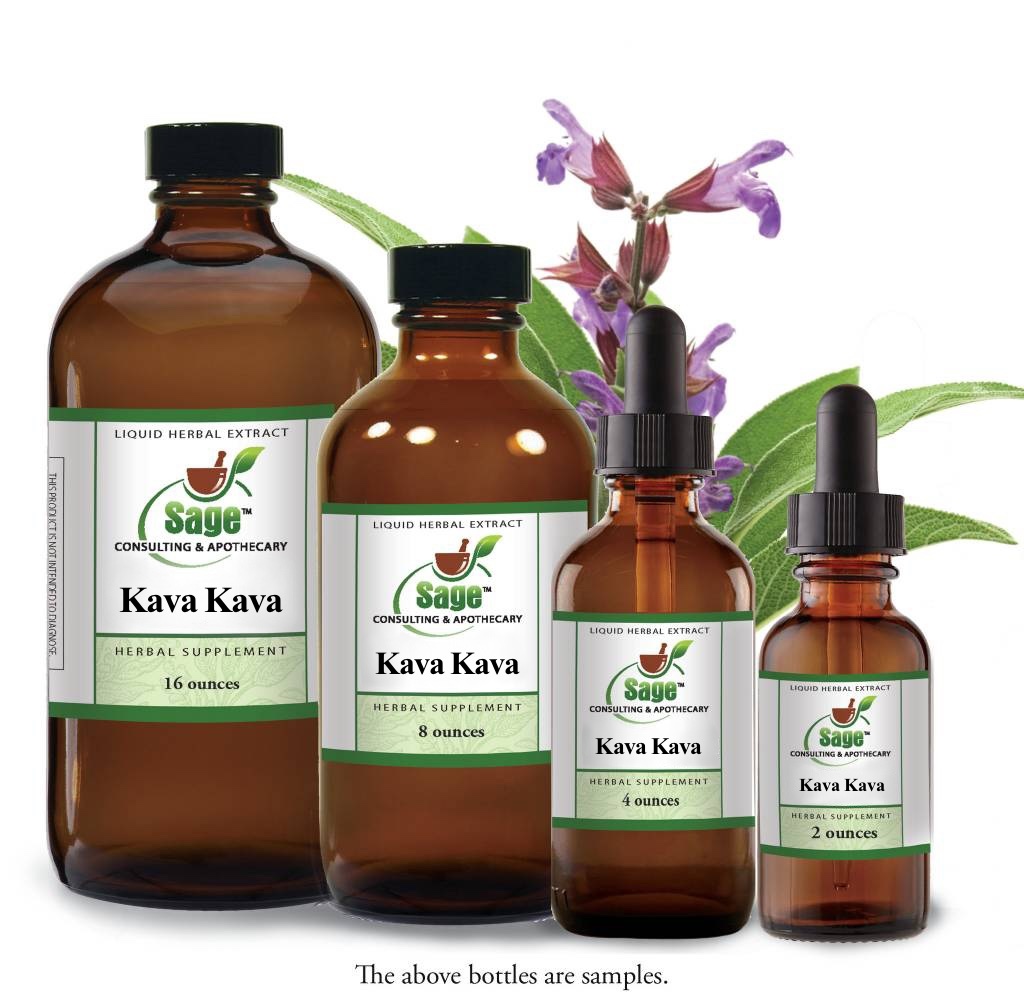 This tincture of Kava Kava (Piper methysticum) root is made with dried roots.

This tincture of Kava Kava (Piper methysticum) root is made with dried roots.

CONTRAINDICATIONS:
Avoid during pregnancy and while nursing, and do not give to young children. Avoid in cases of Parkinson's disease and severe depression. Do not take in conjunction with alcohol, sedatives, tranquilizers, or antidepressants, as it can potentiate their effects. Remain aware of kava kava's soporific effects; try to avoid driving, operating heavy machinery, or other activities that require fast reaction times after taking kava kava. On the plus side, kava kava, unlike many sedatives, is not habit forming. Daily use of kava shouldn't exceed three months, though occasional use on an ongoing basis is fine for those in good health. Kava kava may cause the tongue, mouth, and other body parts to feel somewhat numb and rubbery temporarily; this is normal. However, excess amounts can cause disturbed vision, dilated pupils, and difficulty walking. Large doses taken for extended periods can have a cumulative effect on the liver, causing kawaism, a condition marked by a yellowish tinge to the skin, a scaly rash, apathy, anorexia, and bloodshot eyes. In Europe there have been some reports of severe liver damage resulting from use of kava kava, prompting a number of nations to ban sales of it. The problem appears to be caused by a compound, called pipermethystine, that is found in the stem peelings and leaves of the kava plant but not in the roots. Traditional kava preparations are extracted from the roots, and the peelings and leaves are discarded. However, some European pharmaceutical companies bought up the kava waste products when demand for kava extract soared in the early 2000s. The cases of liver damage appear to have involved people who took standardized extract capsules, which may have contained kava stem peelings and roots as well as chemical solvents. For this reason, avoid kava products made from the leaves or stems of the plant. The traditional tea prepared from the root appears to be quite safe.