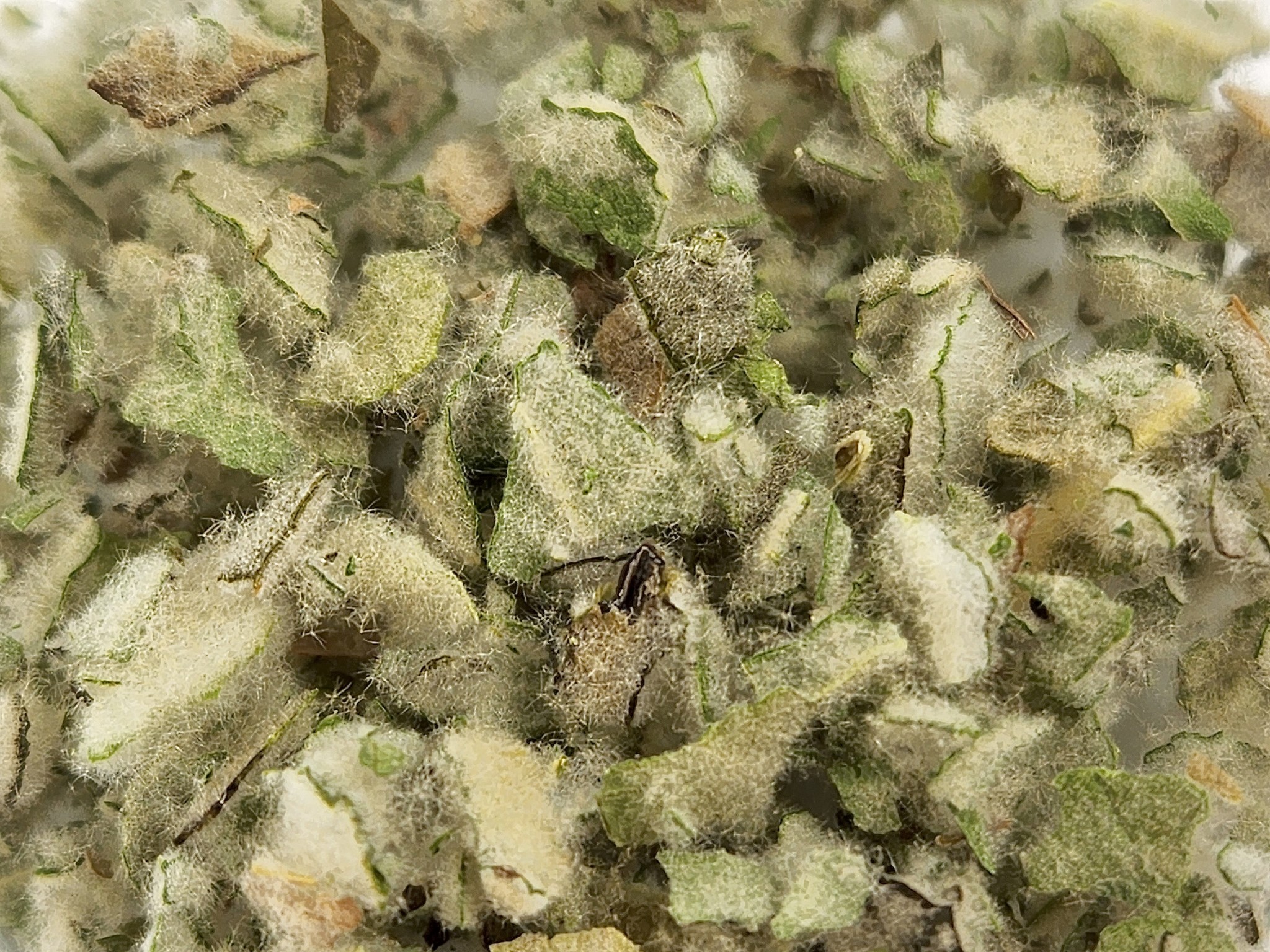 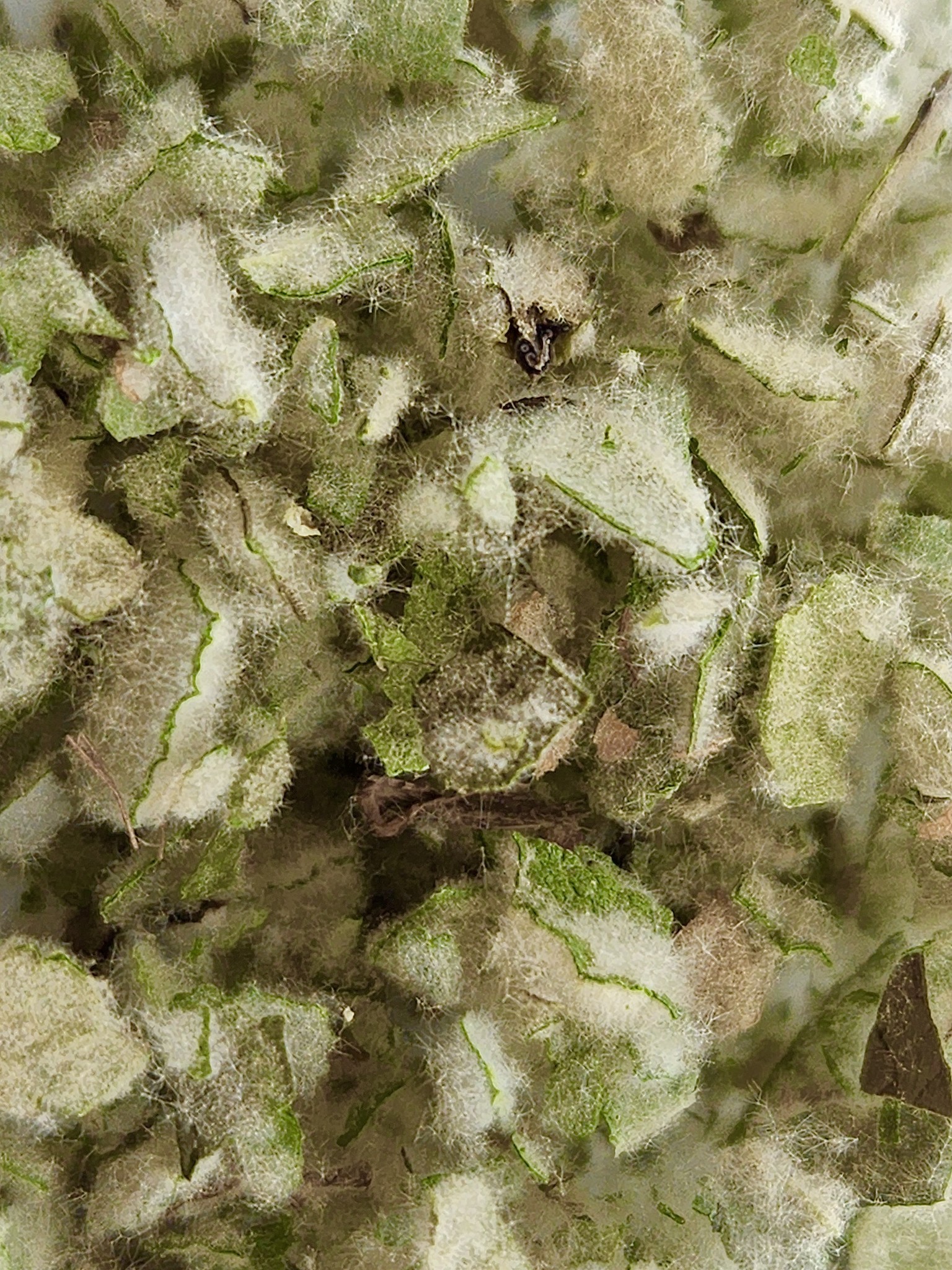 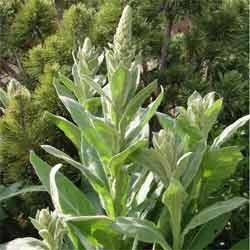 The genus name, Verbascum, derives from the Latin "barbascum", "with beard." The species name, thapsus, is that of an ancient town in what is now Tunisia. The common name Mullein derives from the Middle English "moleyne", meaning "soft."

There are some three hundred species of Mullein native to Eurasia and North Africa; several are now naturalized in North America. This biennial plant can reach 7 feet in height. In its first year, it forms a basal rosette of large, pointed leaves with woolly hairs. The second year, a long, unbranched stalk usually forms and produces a spike of yellow hermaphroditic flowers and alternate, elliptical stem leaves. The hairiness of Mullein enables it to survive in hot, dry conditions, and it is often found in waste areas and ditches. In the garden, mullein thrives in full sun and welldrained soil, with low to moderate amounts of water.

Mullein is not generally considered edible, aside from as tea. As tea, Mullein leaf has a mild, pleasant, sweet, though slightly bitter flavor. Be sure to strain the tea through a very fine strainer to remove the irritating hairs found on the leaves.

The leaves of Mullein can be fed to animals to treat cough. The tall stalks were once dipped in tallow and lit as torches, while the leaves can be rolled and tied with thread and used as wicks in oil lamps. The soft Mullein leaves have long been used by children as doll blankets. A yellow dye is made from the flower. In folkloric tradition Mullein is carried to inspire courage, to prevent wild animals from attacking, and to attract love.