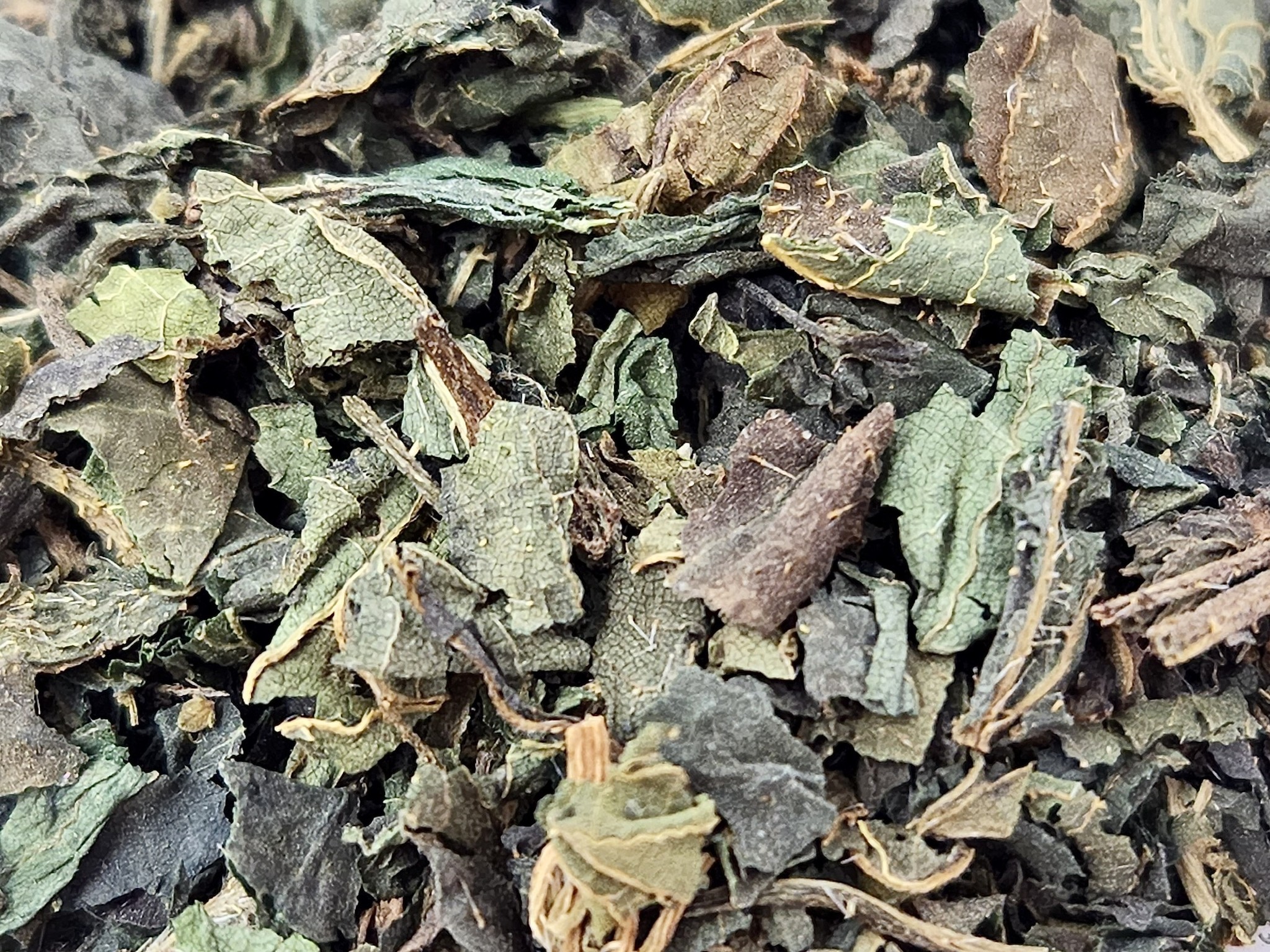 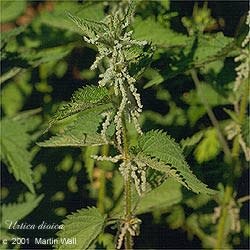 The genus name Urtica is Latin, and means "I burn." The species name dioica is Latin for "two dwellings" or "two houses," in reference to the plant being dioecious, or bearing male and female flowers on different plants. The common name Nettles is thought to derive from the Anglo-Saxon "noedl", meaning "needle," in reference to either the use of Nettles as a textile fiber or their sharp prickles. Nettles may also derive from the Latin "nassa", meaning "net," in reference to the plant's strong stems being woven into fishing nets.

Nettles could be described as a superfood, being extremely nutritive, even more so than spinach. Nettle greens can be substituted for cooked spinach, beet greens, chard, or turnip greens in any recipe. Before they can be consumed, however, the sting must be deactivated. Cooking the Nettles will do so, as will pureeing the Nettles or drying and powdering them. Nettle beer and wine are favorites of many homebrew aficionados. Fresh Nettle juice can be used to curdle cheese, thereby replacing rennet and making a vegetarian-friendly cheese. The juice is also a super tonic beverage. When stored with fruit, dried Nettles can make the fruits last longer, be more resistant to mold, and maintain their flavor better. Nettle leaves can also be wrapped around apples, pears, root vegetables, and moist cheeses to deter pests and aid in their preservation.

Nettles have been used to make paper, rope, fiber, and even a dark green dye. They have many uses in the garden. When used to water plants in the garden, Nettle tea stimulates their growth and makes them more resistant to bugs. Plants growing close to Nettles tend to have more potent levels of volatile oils. And when added to the compost pile, Nettle hastens the breakdown of organic materials.