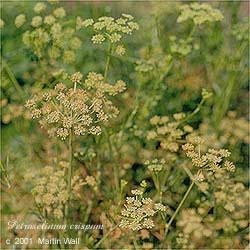 The leaves are a poplar culinary seasoning. They are best eaten fresh and raw, rather than dried or cooked.

The ancient Greeks believed that Parsley sprang from the blood of Archemorus, the herald of death; soldiers avoided eating it before battle, and it was used to make wreaths for the tombs of the dead. Today, the essential oil is used in men's perfumes.

These statements have not been evaluated by the Food and Drug Administration. Our products are not intended to diagnose, treat, cure, or prevent any disease