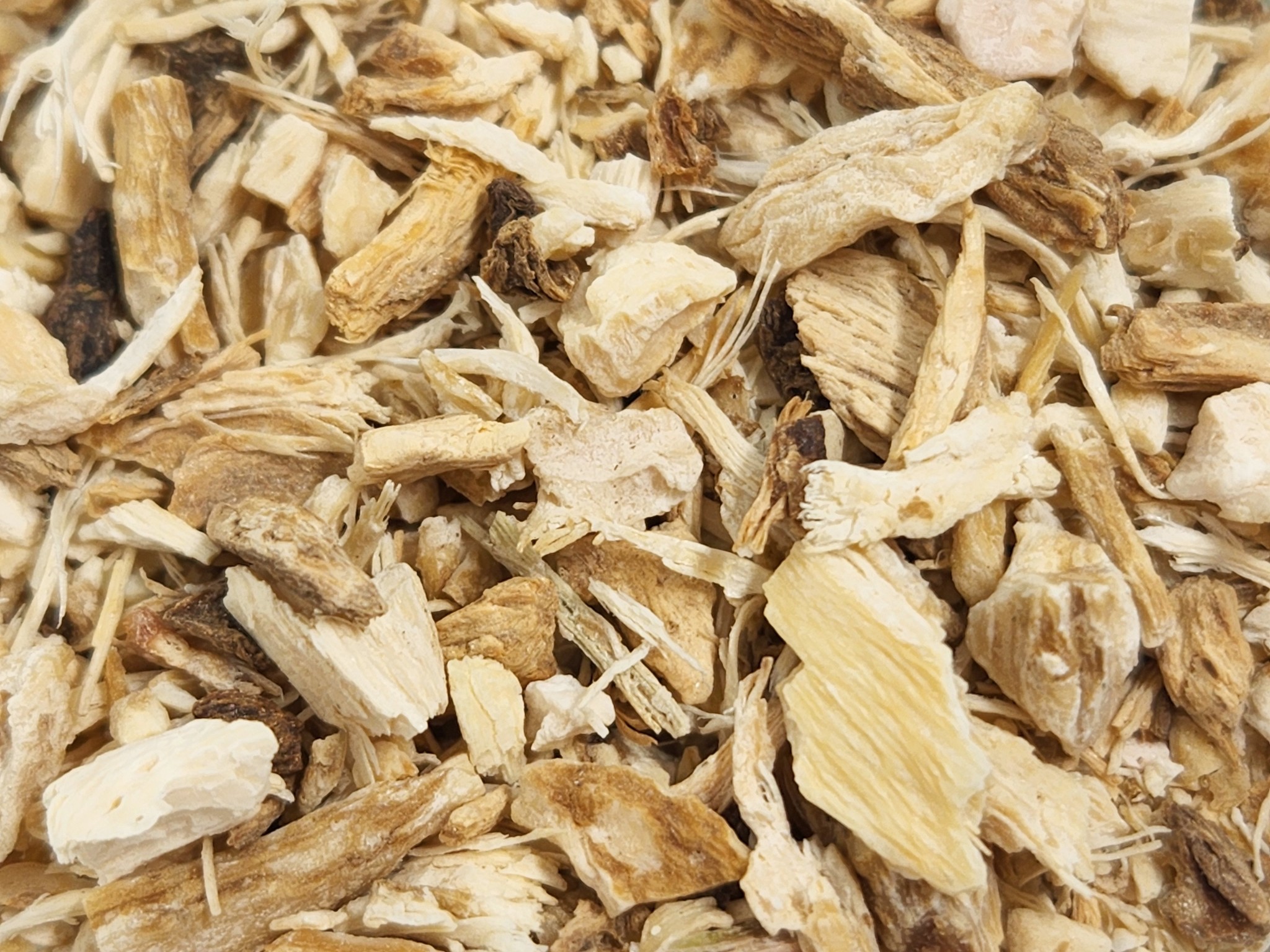 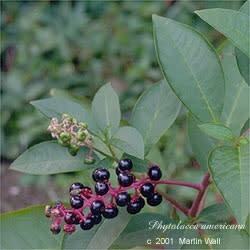 Not for use in pregnancy or breastfeeding.

The genus name Phytolacca derives from the Greek "phyton", meaning "plant," and the Latin "lacca", meaning "crimson lake," in reference to the plant's ability to yield a reddish dye. The common name Poke is thought to derive from the Algonquian "poughkone", a name for any plant that yields a red dye.

Poke, native to North America, thrives in most soils with plenty of moisture and full sun to partial shade. It is a large, smooth, branching herb with greenish, reddish, or purplish stems. The leaves are alternate. The hermaphroditic white flowers bloom on a long stem. Dark purple berries appear after the flowering; each berry is composed of five to twelve segments.

All parts of Poke are toxic, but some parts can be eaten after proper preparation. The root is not generally considered edible. However, the young shoots (less than 1 foot tall) can be peeled and eaten, as can the young leaves (from stalks less than 1 foot tall); both the shoots and the leaves should first be boiled in two changes of salted water (ten minutes for the first, five minutes for the next) to leach out any toxic components. The berries can be eaten when cooked but are toxic when raw. Do not eat red-tinged portions of the plant, the mature leaves, the raw berries, or any other part of the plant.

The berries produce a red dye that can be used as an ink and to color paint. In fact, the United States Constitution was written in Pokeberry ink.