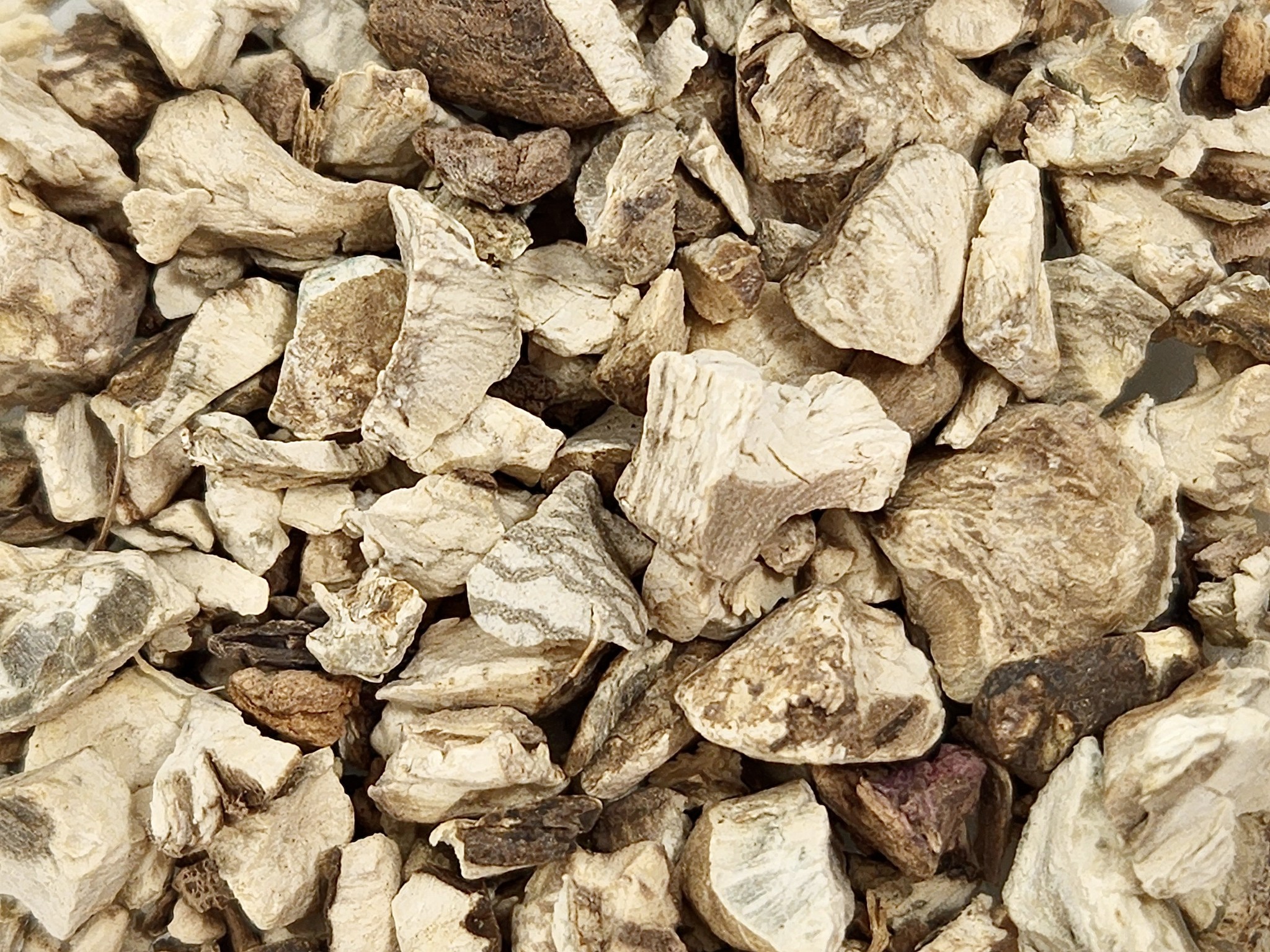 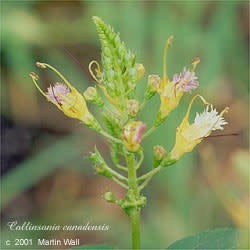 Avoid during pregnancy. Beware the aboveground portion of the plant, which can be emetic even in small amounts.

Collinsonia is named after British botanist and merchant Peter Collinson (1693-1768). The root is very hard, hence the folk name Stoneroot.

Collinsonia is a perennial, native to North America, that grows in shady, damp areas. Its square stems can grow from 2 to 4 feet in height. The large leaves are few, opposite, serrated, and ovate, with the lower ones being petiolate and the upper ones almost sessile. The flowers are greenish yellow, arranged in a terminal raceme, with a funnel-shaped corolla. The flowers have a pungent balsamic, lemonlike odor.

Collinsonia is not generally regarded as edible, aside from as tea.