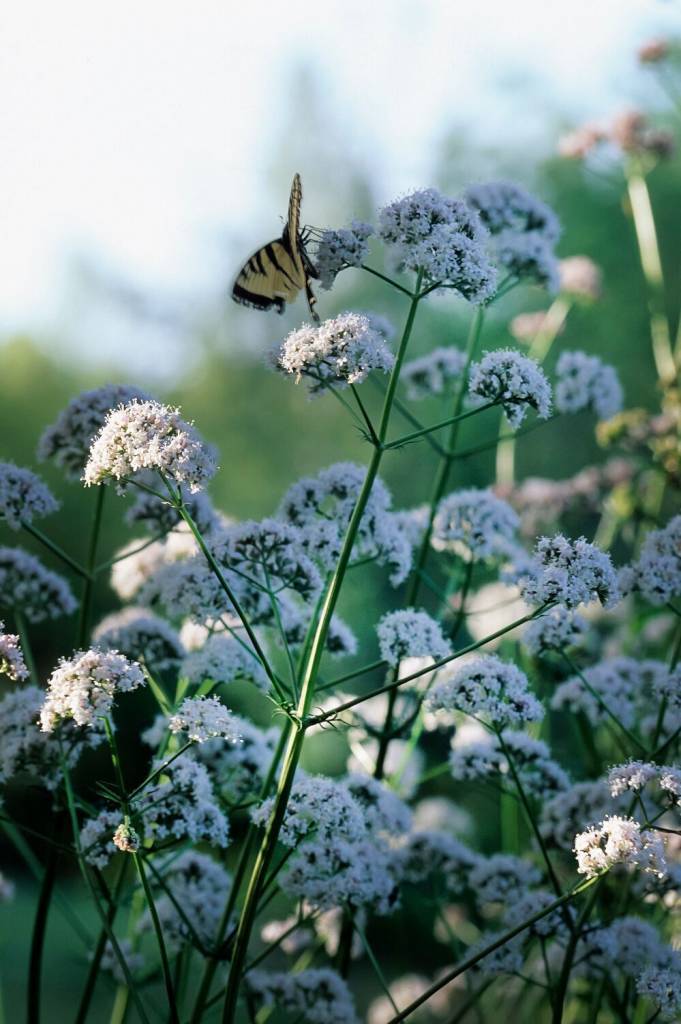 Valerian Root promotes better, more restful sleep and decreases anxiety naturally. Used for centuries, this is an excellent alternative to prescriptions and is USFDA approved.

Valerian Root, cut and sifted can be stored for optimal quality and ground into a powder for use at your convenience. Used for centuries across the globe as a natural sedative, Valerian Root is an excellent alternative to prescription or over-the-counter medications that may cause undesirable side effects including "sleep hangovers."

The name valerian is thought to derive from the Latin valere, "to be in health," or from the name of Valerianus, a Roman emperor. The species name officinalis refers to this being an official herb of the apothecaries.

Valerian is a perennial native to Eurasia and North America. There are about two hundred species worldwide. The plant grows 2 to 5 feet in height on a hollow stem. The leaves are opposite and oddly pinnate, with seven to ten in a pair. Small, pleasantly scented, hermaphroditic, pinkish white flowers bloom in compound cymose inflorescences. In the garden valerian requires a moist soil and full sun. It stimulates earthworm activity and the growth of nearby plants.

Valerian is most commonly used as a sedative. During World War I this herb was given to treat shell shock and stress in civilians. In Europe today it is the most common nonprescription sedative; in Germany it is more likely to be recommended than Xanax or Valium. Valerian calms the nerves, increases blood flow to the heart, and relaxes the muscles. One of its constituents, valerenic acid, has been shown to inhibit the action of the enzyme that breaks down GABA (gamma-aminobutyric acid), thus contributing to increased levels of calming GABA in the body. Valerian is sometimes referred to as a "daytime sedative" because it can improve performance, concentration, and memory during the day as well as help one to sleep better during the night. Valerian is used in the treatment of addiction (tobacco or tranquilizer), aggressiveness (chronic), anxiety, arthritis pain, attention deficit disorder, chorea, convulsions, cough, delirium tremens, dysmenorrhea, epilepsy, flatulence, flu, headache, hypertension (due to stress), hyperactivity, hypochondria, hysteria, inflammatory bowel disorder, insomnia, intestinal cramping, mental illness, migraine, muscle pain, nervousness, nervous breakdown, neuralgia, overeating, pain, premenstrual syndrome, restlessness during illness such as with chicken pox, shingles pain, shock, stress, tachycardia, traumatic injury, vision weakness, and worms. Topically, valerian can be used as a poultice to relieve pain in the body or to draw out a splinter. It can be used as a wash to treat acne or in the bath to relieve rheumatic pain. It also can be made into a sachet and used in a sleep pillow. Avoid boiling the root when making tea, which would diminish the plant's activity. Many will find the aroma of valerian unpleasant, much like that of dirty socks. Some find that making valerian tea with raisins added to the water improves the flavor.

The root is a staple food of many native peoples. They can be dried and made into a flour. Some enjoy the flavor of the root, while others do not; the root of V. edulis is considered one of the better tasting ones. Young valerian leaves can be eaten as a spring green. Juice can be extracted from the fresh plant. Valerian is also sometimes used in wine making.

Valerian is a supreme bait for rats; in fact, legend says that the Pied Piper of Hamlin used valerian to lure the rats out of the city. Some cats are even more attracted to valerian than to catnip and like to play with an old sock stuffed with it. The dried leaves and roots are sometimes mixed with tobacco and smoked. It also has sedative properties and can be sewn into sleep pillows. And at one time valerian was worn as a protective amulet against evil.

Large doses of valerian can cause depression, nausea, headache, and lethargy. Some individuals, especially those who are already overheated, may find valerian stimulating, rather than sedating. Do not use large doses for more than three weeks in a row. Avoid during pregnancy, except in very small doses. Do not give to children under the age of three. Avoid in cases of very low blood pressure or hypoglycemia; avoid long-term use in cases of depression. Use with caution if you are going to be driving, operating heavy machinery, or undertaking other activities that require fast reaction times after taking valerian. Valerian may potentiate the effects of benzodiazepine and barbiturates. Those taking sedatives, antidepressants, or anti-anxiety medications should use valerian only under the guidance of a qualified health-care professional.