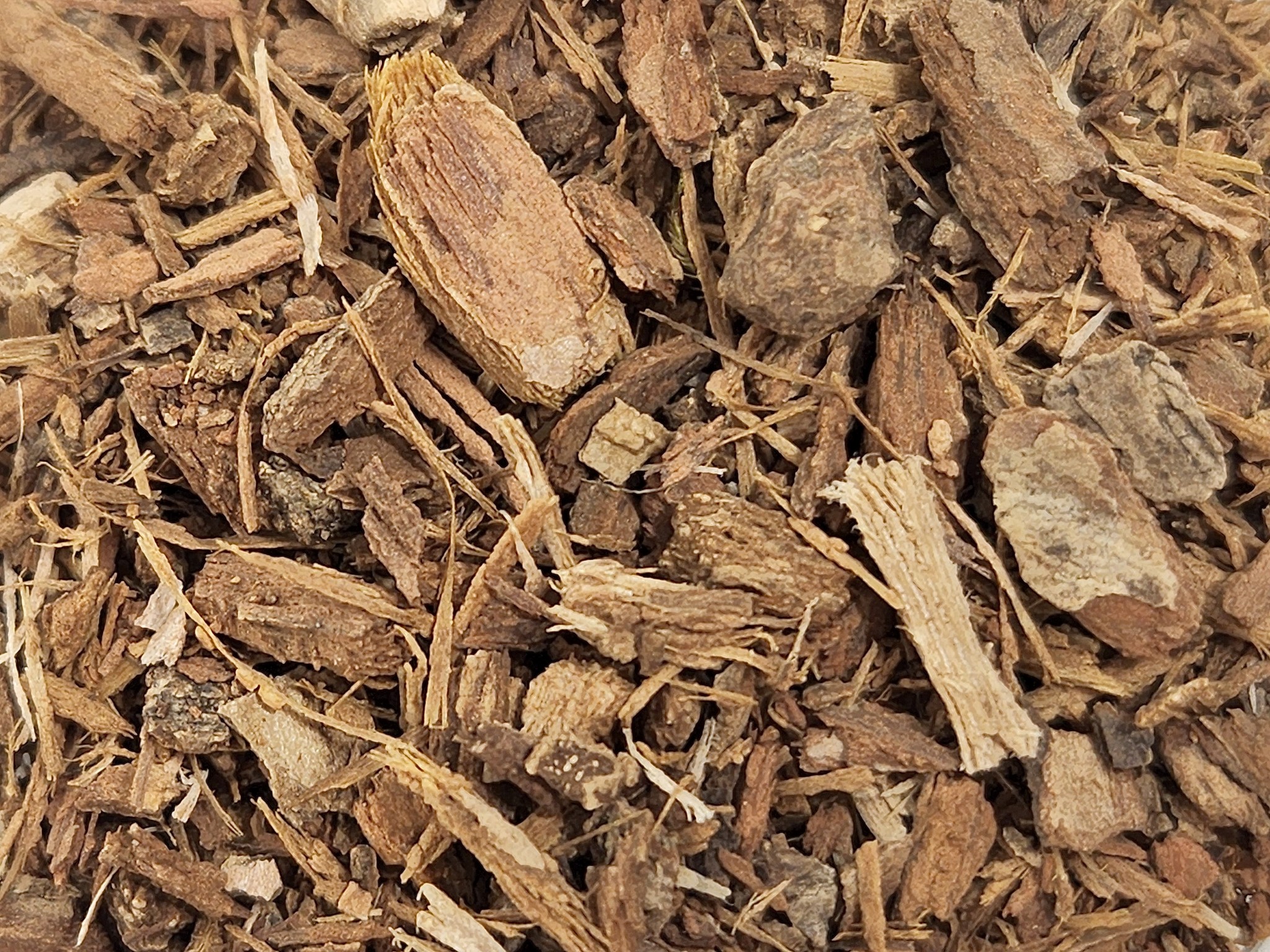 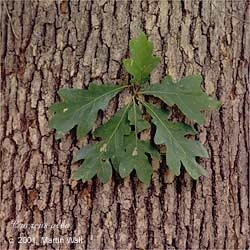 Oak galls are extremely astringent; use only in small quantities. Use oak bark for no longer than a month continuously.

The genus name, Quercus, is thought to derive from the Celtic word "quer", fine, and "cuez", tree. The species name, alba, is Latin for "white."

White Oak is native to North America. This deciduous tree can reach up to 100 feet in height and features a wide-spread, irregular crown of foliage and gray-brown bark. The leaves have seven to ten rounded, fingerlike lobes and are whitish underneath, with prominent veins. The tree is monoecious, bearing both male (staminate) and female (pistillate) flowers. The male flowers are yellow-green and borne in catkins, while the female flowers are reddish green and borne in small, single spikes. The acorns are often not produced until a tree is at least twenty years old. Oak galls, also known as oak apples, are rounded growths that occur most often in small shoots and twigs. They result from gall wasps laying eggs in the twigs of the trees. The wasps that lay the eggs and the larvae that hatch from them secrete chemicals that cause abnormal growth and cell division in the host tree, resulting in the growth of a gall around each larva. The larva feed upon the gall tissue as they develop, and when they mature, they bore a hole through it and escape as wasps. The galls are best collected when their tannin content is highest, in early fall when they are flecked with red.

The inner bark and galls are not generally considered edible. The tree's acorns are edible and contain high levels of carbohydrates, protein, and fat. The best acorns come from White Oaks, and they are usually soaked in water for at least 24 hours to leach out the tannins and then ground into a meal, which can be added to soups and cereals. Acorns can also be roasted as a coffee substitute.

Tannic acid from White Oak is used in tanning leather. The tree's hardwood timber is a favorite building material, which has led to many oak forests being cut down. The bark produces a purplish dye, while the galls produce a brown dye. A mulch of the dried leaves repels slugs and grubs. The young stems of the tree can be used as chewing sticks for cleaning and massaging the gums and teeth.

These statements have not been evaluated by the Food and Drug Administration. Our products are not in tended to diagnose, treat, cure, or prevent any disease.