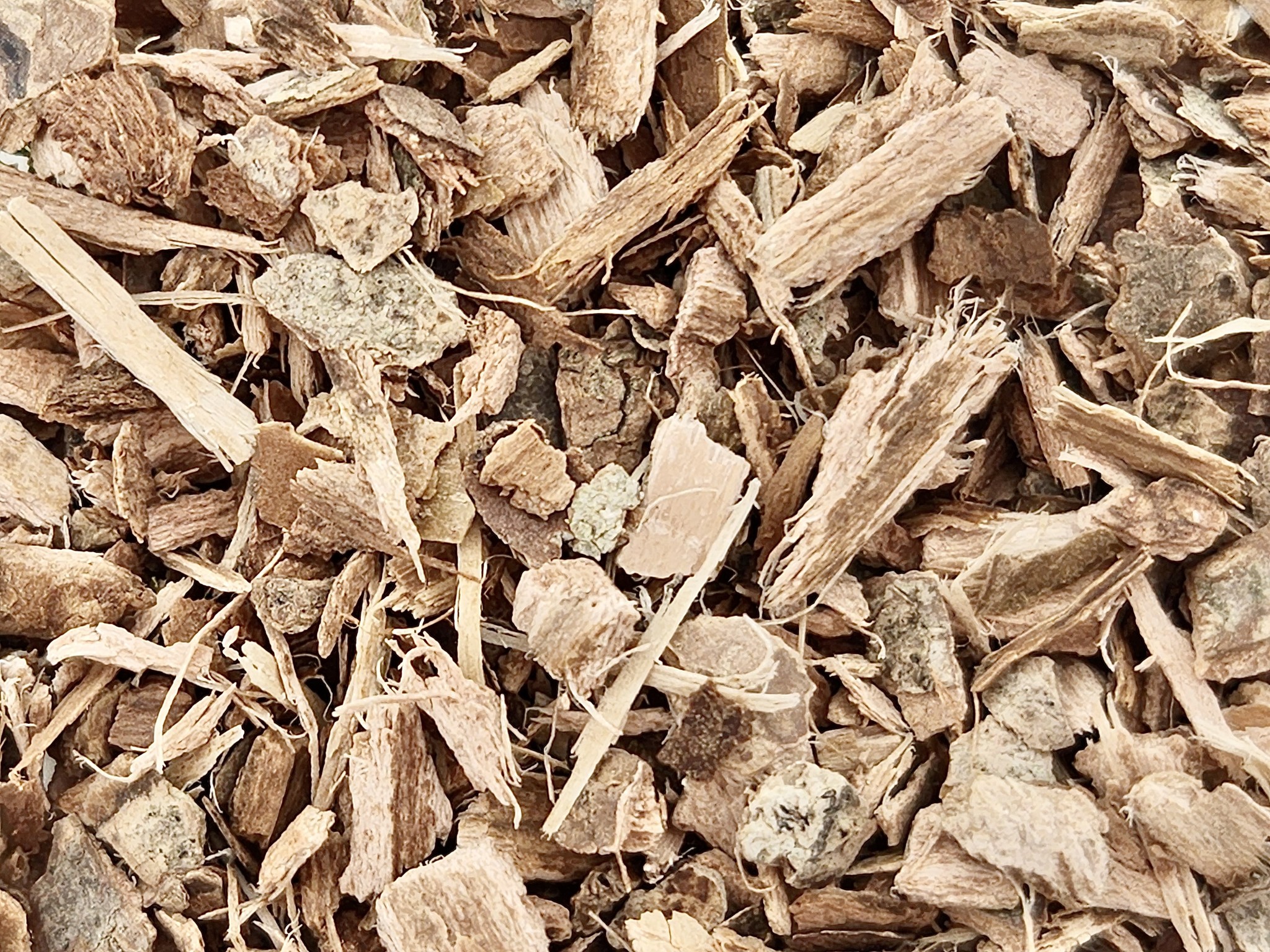 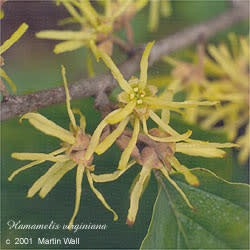 Because of its high tannin content, Witch Hazel is very astringent. Topical applications of Witch Hazel should use only products made from the twigs, as those made from the bark or leaves may be disfiguring. Tincture of Witch Hazel can be too astringent for topical skin use. Use Witch Hazel internally only for short periods of time, as the high tannin content can be too astringent for the liver and constipating. Although distilled Witch Hazel does not contain tannins, it often does contain rubbing alcohol, and it should not be used internally or applied close to mucous membranes, on broken skin, or in the eyes.

The genus name, Hamamelis, is thought to be a Greek term meaning the Medlar tree or any fruit tree. One reason the plant was given the common name Witch Hazel is that its forked branches were made into divining rods for dowsing. This technique was known in ancient Britain as witching, a term taken from "wice", the Old English name for a tree with pliable branches.

Witch hazel is a deciduous shrub native to North America. It most often grows in damp woods with acidic soil. Several trunks branch up from a single root, and they can reach a height of 8 to 12 feet. The leaves are alternate and elliptical, with hairy undersides; they turn yellow in autumn. The ribbonlike, hermaphroditic, sweet-scented, yellow flowers bloom in late autumn, after the leaves have fallen.

Native Americans introduced European settlers to Witch Hazel, which quickly became popular among them. Witch Hazel was listed in the United States Pharmacopoeia from 1862 through 1916 and in the National Formulary from 1916 to 1955. The Potawatomi Indians burned the twigs in sweat lodges to relieve sore muscles.

The barks, leaves, and twigs are not generally considered edible, aside from tea. Witch Hazel has edible black seeds that taste like pistachios. They ripen the summer following the fall flowering. They can be eaten raw or cooked.