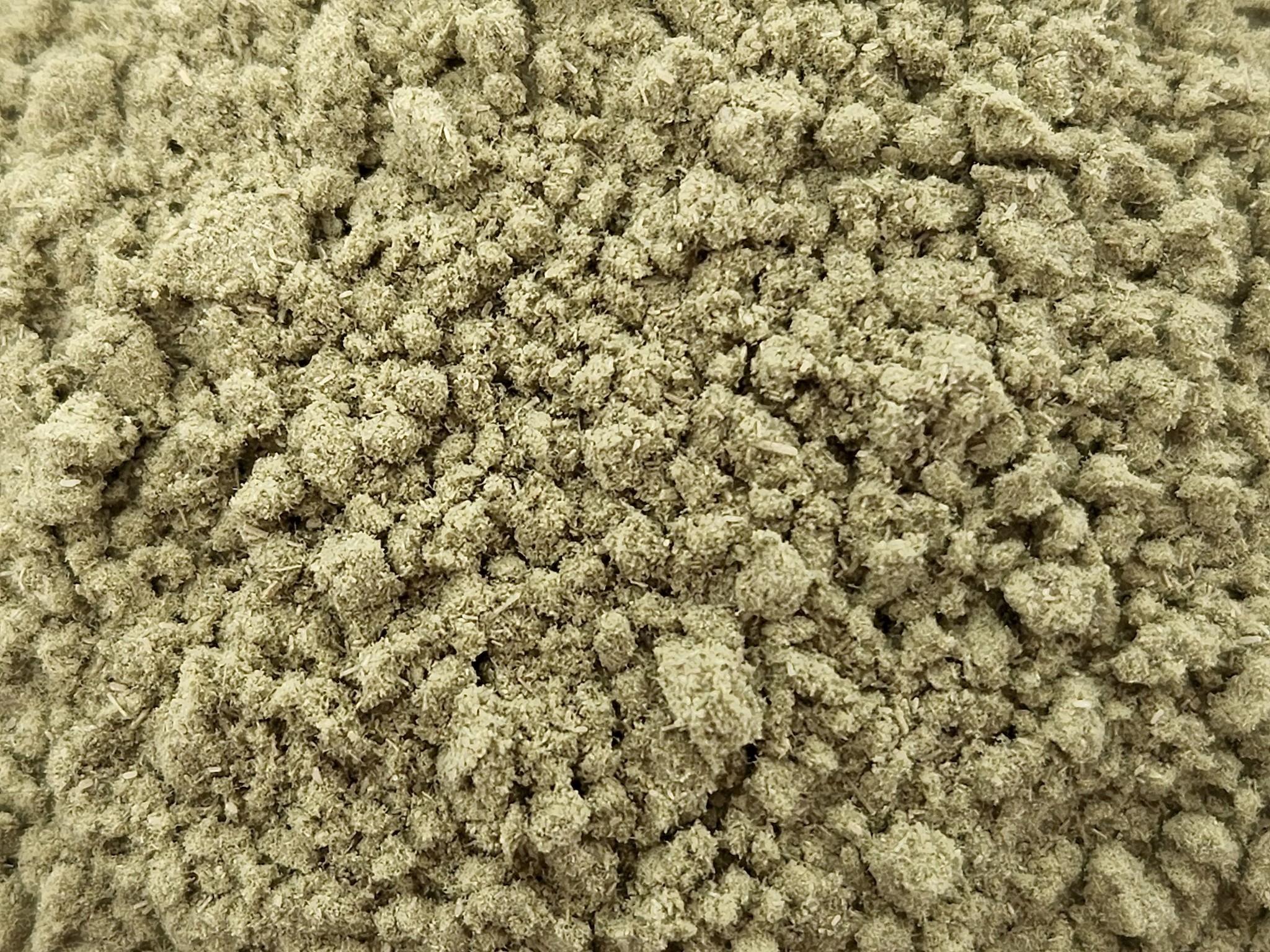 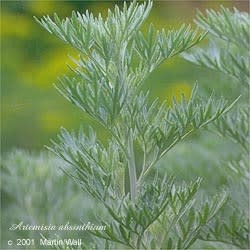 Not for use in pregnancy. Do not give to children. Large doses are toxic and can cause nausea, vomiting, vertigo, restlessness, and delirium; small doses, however, are generally safe to use.

The species name Artemisia derives from that of the Greek goddess Artemis, who is said to have given this herb to the centaur Chiron. The common name Wormwood derives from the Old English "wermode", meaning "mind preserver."

Native to western Asia, Europe and northern Africa but naturalized in North America, Wormwood is a perennial reaching 2 to 4 feet in height. It features alternate, silvery green leaves and small, yellow, hermaphroditic flowers. It requires full sun but will tolerate varying soil and moisture conditions, including drought.

Wormwood is sometimes used in stuffings for geese. Its most renowned edible use was as an ingredient in absinthe, a green alcoholic liqueur that functioned as a narcotic analgesic, affecting the medullary portion of the brain concerned with pain and anxiety. Absinthe induces a dreamy, altered state of mind. It was especially popular in the late 1800s and early 1900s with artists such as Baudelaire, Degas, Gauguin, Manet, Toulouse Lautrec, and Van Gogh and was also used by writers such as Jack London, Edgar Allan Poe, and Oscar Wilde. Because of its addictive qualities, and the at times deranged states of mind that it caused (possibly resulting from the copper stills and salts used to give the drink color), absinthe has been banned in many countries.

The leaves are sometimes dried and burned as a purifying incense or added to smoking mixtures. Wormwood is sometimes used as a strewing herb, and as a beneficial side effect it repels insects and mice (though it can attract dogs). The plant is sometimes made into a spray to deter pests in the garden, and it can be added to sachets to keep moths away from clothes. In folkloric tradition, Wormwood is said to give protection from the "evil eye."