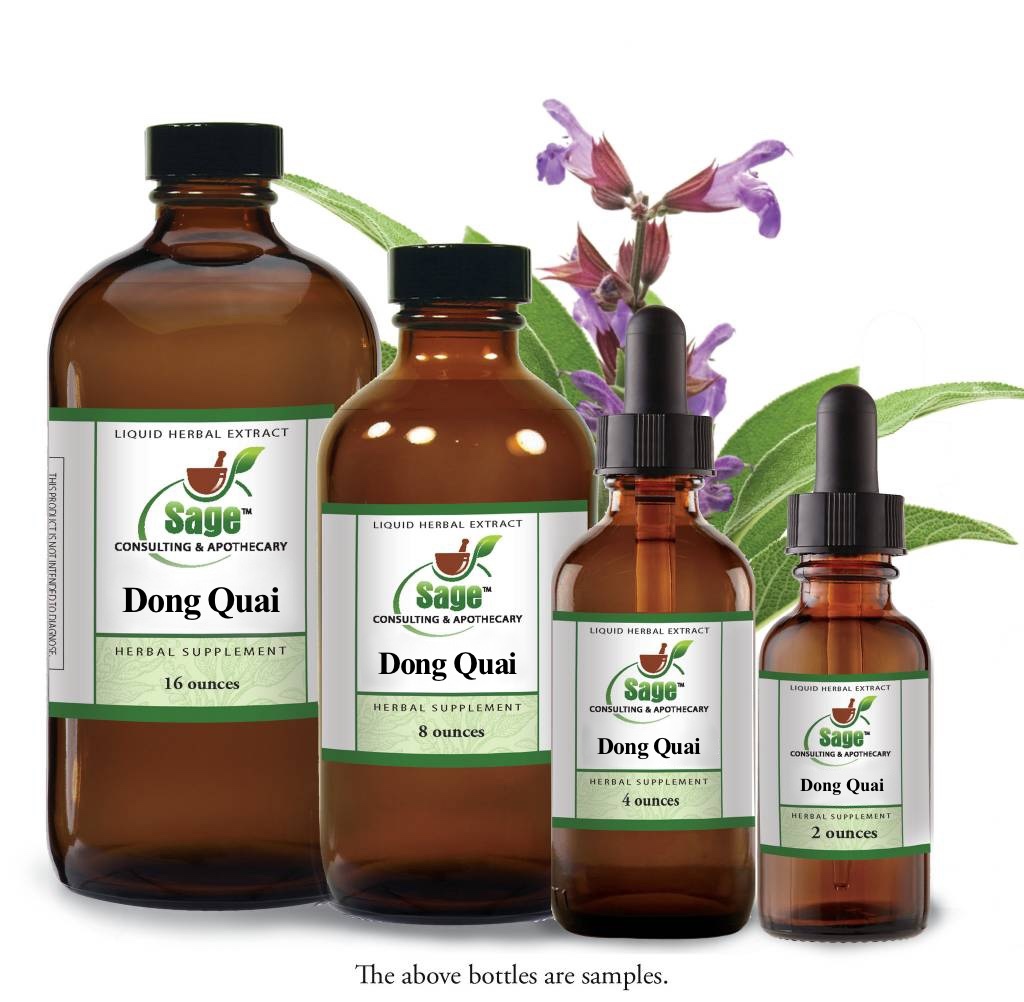 This tincture of Dong Quai (Angelica sinensis) root is made with dried roots.

This tincture of Dong Quai (Angelica sinensis) root is made using dried roots.

CONTRAINDICATIONS:
Avoid dong quai during pregnancy, except under the supervision of a qualified health-care practitioner. Avoid in cases of diarrhea, poor digestion, abdominal distention, heavy menstrual flow, or high fever with a strong fast pulse, or when using blood-thinning medications. Use of dong quai can increase photosensitivity.

The genus name Angelica derives from the Greek angelos, "messenger," which is also the root of the English word angel. The English spelling of the Chinese name appears variously as dong quai, tang kuei, and tang kwei.

Dong quai is a 2- to 3-foot-tall perennial native to the mountain forests of China. Its root consists of a whitish or yellowish gray main section with longer branches, both of which are used medicinally. The stem is purplish, glabrous, and slightly striated. The inferior and often the superior leaves are pinnate. The fragrant, five-petaled, white flowers grow in umbels of twelve to thirty-six blossoms. A plant must be two to three years old before the root is considered mature enough to harvest.

Dong quai root is edible and is often added to poultry or grain dishes or soups. In fact, in some parts of Asia it is traditional for new mothers to eat dong quai chicken soup for a month following childbirth.